Get past your fear of the interview! 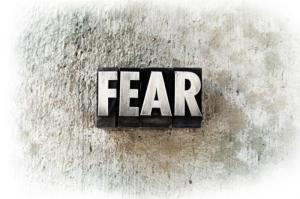 **NOTE** This article was originally published last July, but as I’ve been doing lots of “talking head” interviews and testimonial shoots lately, I thought it timely to re-share a neat story of how to help non-professional on-camera talent to get comfortable in front of the camera.

One of the kindest testimonials I’ve received came from Elizabeth Fairchild, of Accurate Background, here in Orange County. I was tasked to shoot a series of interviews of company employees representing various departments, and the videos would be used as part of their exhibit at a national human resources convention. Some of the candidates were very comfortable being in front of a camera; others, not so comfortable. There are a number of techniques that I use to distract an interviewee from the camera and related equipment, and aside from some warm-up banter before we begin, we tried to focus on what excites them about their position in the company. I often roll the camera before we “start” because sometimes, you can get some real gems in the commentary. I also use the off camera style of interview popularized by shows like “60 Minutes” because again, if the interviewee is looking and speaking to a person, they tend to be less conscious of the gear in the room. Introverts present their own challenges, but by investing a little extra time, once these folks open up, their contributions are truly invaluable!

Part of Liz’s testimonial follows, and the next time you want to schedule interviews for your company or organization, give First Impressions Video a call! If you want to read her entire compliment, scroll down through the comments on my home page, and you can see it there.

“The day Terry came into film went off without a hitch. We had scheduled a full day of interviews with eleven employees. For many of them, this was their first time in front of the camera, and they were quite nervous. Terry did a great job making each interviewee feel comfortable – offering advice on how to ignore the camera and coaching them through their responses. At wrap, I think everyone felt like Terry was a part of our company family, and we were able to capture natural, authentic testimonials.”